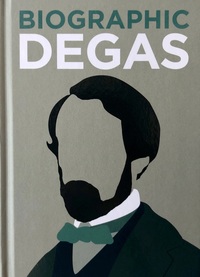 Many people know that Edgar Degas (1834-1917) was a French artist and leading light of Impressionism, whose paintings brilliantly capture the movement of ballet dancers. What, perhaps, they don’t know is that by his mid-twenties he had made over 700 copies of other artists’ works, that he produced 1,500 studies of ballet dancers, one of which sold in 1999 for over £17 million, and that, although Degas exhibited only one sculpture in his lifetime, 150 wax figures were found in his studio after his death. Biographic: Degas presents an instant impression of his life and work, with an array of irresistible facts and figures converted into infographics to reveal the artist behind the pictures.